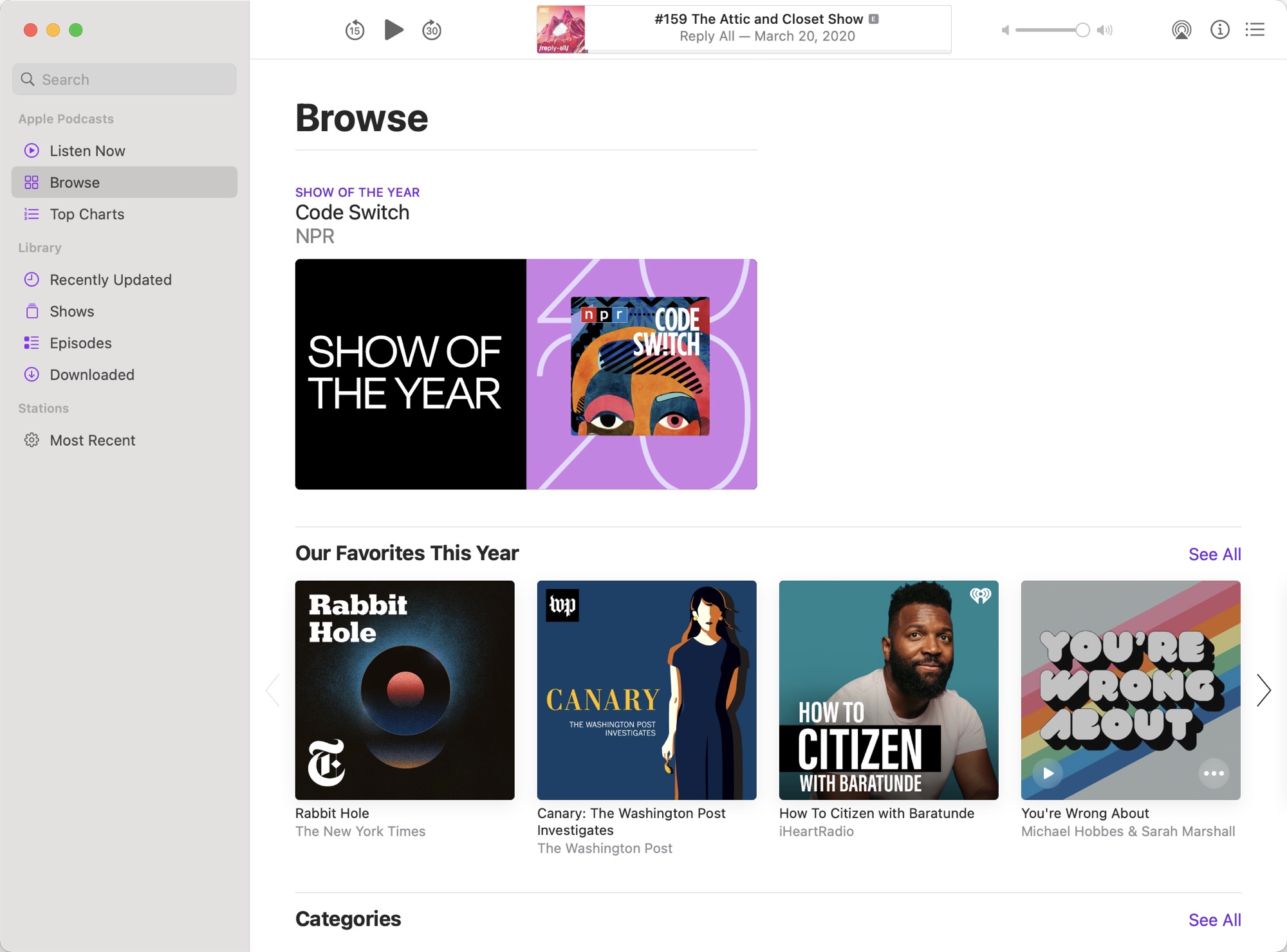 At the end of each year, Apple shares its picks for the best App Store apps, podcasts, Apple Music songs, books, and more, and today the company is highlighting the top books, audiobooks, and podcasts of 2020.
Code Switch by NPR was named the Apple Podcasts: Show of the Year, which is a new category for 2020.

Apple also highlighted the top 10 biggest shows of 2020, which include Stuff You Should Know by iHeart Radio, This American Life, The Daily by New York Times, and Crime Junkie by audiochuck.

Apple’s favorite podcast picks include California Love by LAist and KPCC, Canary by The Washington Post, Dying for Sex by Wondery, and FANTI by Maximum Fun. Apple also highlighted the biggest new shows of 2020, a list that includes Unlocking Us, Nice White Parents, CounterClock, Red Ball, and others.

The most popular books of the year included “Midnight Sun” by Stephenie Meyer, “American Dirt” by Jeanine Cummins, and “A Promised Land” by Barack Obama.

Apple’s picks for best books of the year include “The Vanishing Half” by Brit Bennett, “28 Summers” by Elin Hilderbrand, “The City We Became” by N.K. Jemisin, and “Long Bright River” by Liz Moore.

Apple named audiobooks that include “Open Book” by Jessica Simpson, “Memorial Drive” by Natasha Tretheway, and “Upstream” by Dan Heath as the best audiobooks of 2020, among others.

Apple’s full lists can be found in the Books and Podcasts apps on iPhone, iPad, and Mac.Tags: Podcasts, Apple BooksThis article, “Apple Shares Picks for Best Books, Audiobooks, and Podcasts in 2020” first appeared on MacRumors.comDiscuss this article in our forums