Apple recently updated the Apple Watch Nike+ section of its official website with a launch date two weeks from today, on Friday, October 28, for the anticipated device (via Watch Generation). When announced alongside the other Apple Watch Series 2 models on September 7, Apple did not divulge a specific debut besides sometime in “late October.”

Anyone interested can pre-order the wearable in four models starting at $369 for 38mm and $399 for 42mm. Apple’s partnership with Nike aims to help runners achieve better results while wearing the Apple Watch, with an aluminum casing similar to other Sport editions and a unique perforated band that’s stretchy, light, and breathable.

The changes extend into the software of the Apple Watch Nike+ as well, as Nike has designed special software for the Nike+, which is designed to motivate runners to stay active. Nike+ Apple Watches include unique Nike-designed watch faces and complications for the Apple device that users will only be able to get when purchasing the special edition of the Apple Watch. 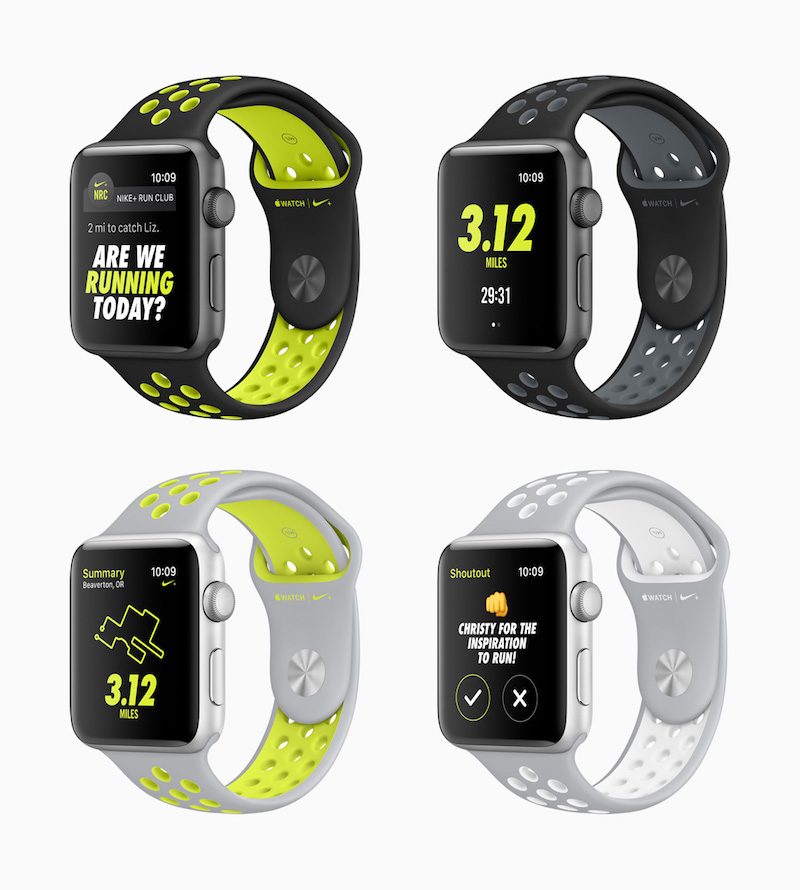 At its iPhone 7 event, Apple mentioned that its wireless AirPods would see a late October launch, so it’s possible the Bluetooth headphones will also launch on October 28. More anticipated is the expected debut of new MacBooks later this month, which Apple CEO Tim Cook addressed in September by reassuring fans, saying he and the company are “very committed” to the Mac line and to “stay tuned.”