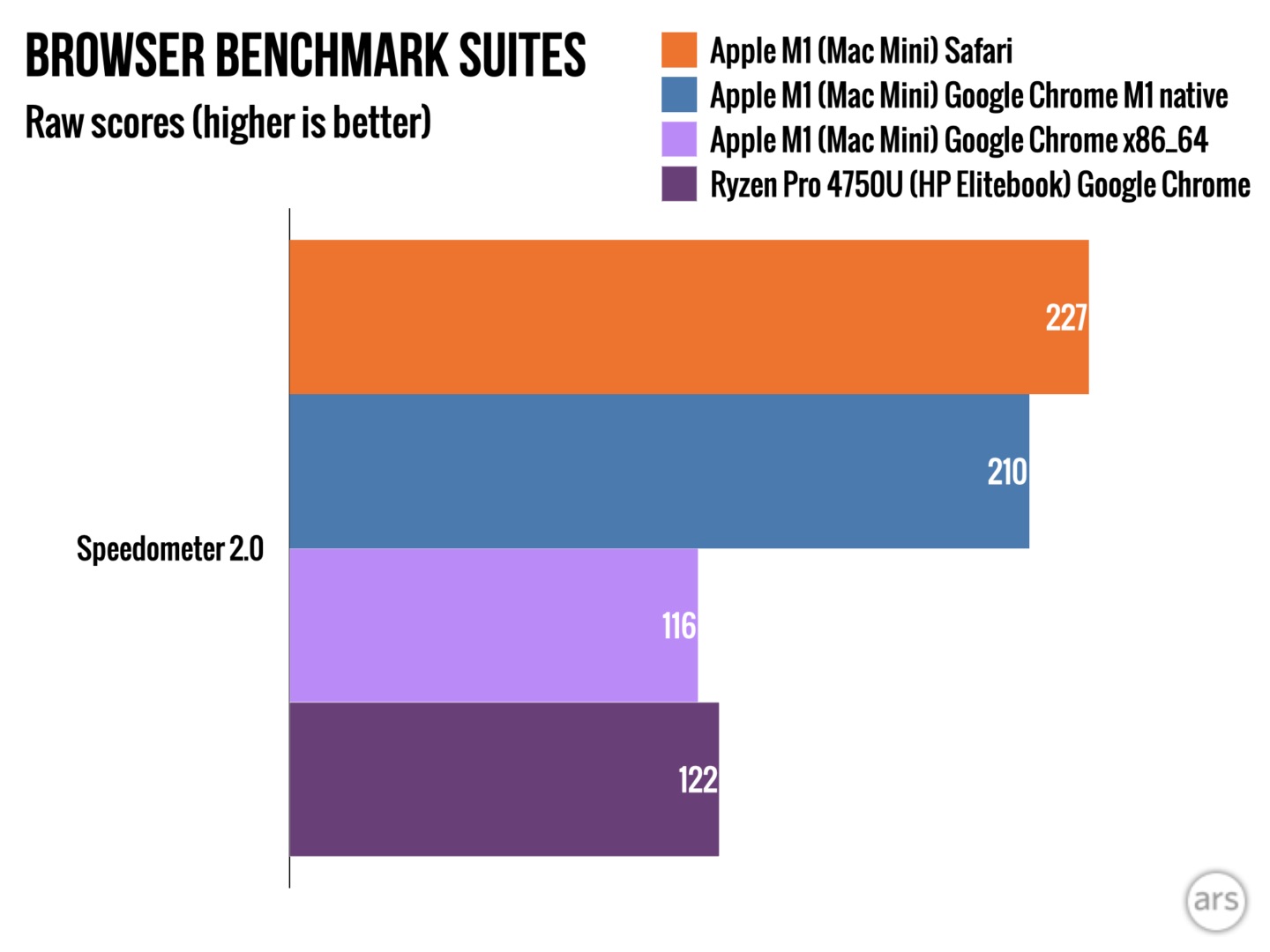 Google earlier this week released a version of Chrome designed specifically for Apple’s M1 Macs, and those with a new MacBook Air, MacBook Pro, or Mac mini will want to download the Apple Silicon specific version of Chrome because it’s going to run faster than the x86 version working through Rosetta 2.

Following the release of the M1 version of Chrome, Ars Technica did a series of benchmarks using Speedometer 2.0, JetStream2, and Motion Mark 1.1, and in all cases, the M1 Chrome was much faster than the x86 version.

Across all tests, the native M1 version of Chrome performed between 66 and 81 percent better than the version of Chrome running through Rosetta 2. Safari was the fastest browser of all, of course, having been designed by Apple, and it came out on top across all of the tests.

According to Ars Technica, the Speedometer test best mimics real life usage and that’s where the greatest advantage between the two browser versions was seen. Jetstream 2 best mimics web applications such as spreadsheets, and MotionMark 1.1 measures complex graphic animation techniques.

The M1 version of Chrome can be downloaded on M1 Macs on the Chrome website by selecting the “Mac with Apple Chip” option after clicking download.Tags: Chrome, Apple Silicon, M1This article, “Chrome for M1 Macs Runs Up to 80% Faster Than Rosetta 2 Version” first appeared on MacRumors.comDiscuss this article in our forums