Sprint will stop offering two-year phone contracts to customers who are activating a new account starting today, according to an internal document procured by AndroidCentral. While phones will not be available with subsidies on a two-year contract, tablets will. 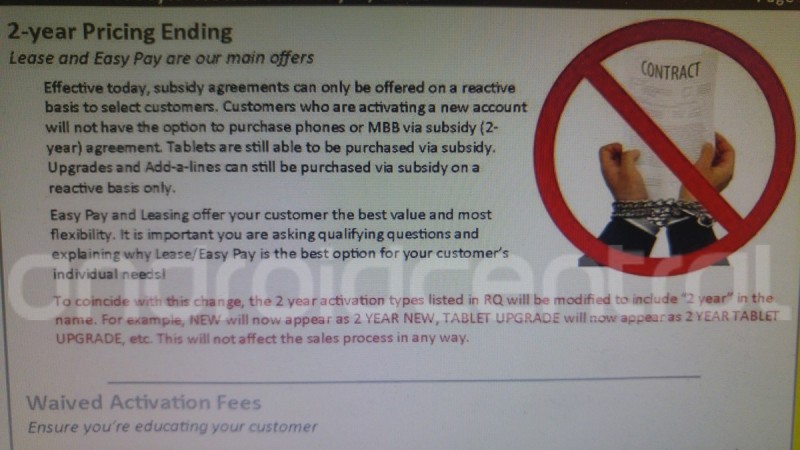 As outlined by the document, two-year contracts will still be offered to select customers on a “reactive basis”. The move makes Sprint the final carrier of the four major American carriers to end two-year contracts. New Sprint customers will be able to purchase their phones through Sprint programs like Easy Pay and iPhone Forever.

Sprint has been planning to move away from two-year contracts for a while, first announcing the move in August 2015. However, the carrier had not announced when its implementation would take effect at the time.