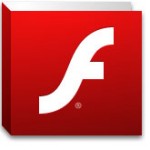 ZDNet is reporting that Adobe has introduced to its companions that the corporate has discontinued development on Flash participant for cellular browsers. The information comes roughly a 12 months and a half of after the e-newsletter of Steve Jobs’ “ideas on Flash” open letter, laying out his ideas on using Flash in mobile devices and explaining why Apple would now not beef up Flash on their mobile devices.

as an alternative of working on mobile Flash, Adobe plans to proceed developing its tools to produce functions that work on cellular app shops, including Apple’s App retailer.

Our future work with Flash on cellular gadgets might be inquisitive about enabling Flash builders to package native apps with Adobe AIR for the entire major app outlets. we can no longer adapt Flash participant for cellular units to new browser, OS model or instrument configurations. a few of our supply code licensees may just decide to continue working on and releasing their own implementations. we will proceed to enhance the current Android and PlayBook configurations with very important malicious program fixes and security updates.

ZDNet notes that the announcement must go public on Adobe’s web site in tomorrow.

update: The full announcement has now been posted to Adobe’s site.