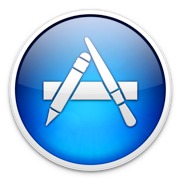 Apple has elevated the sum of money charged for App store pricing tiers for numerous nations across the eu Union. the lowest tier is now €0.89, up from €0.79. it’s similar to the $0.99 tier within the U.S. MacStories has proven the following countries have seen a change in pricing:

additionally, a few nations have considered App retailer pricing alternate from U.S. bucks to local currencies. Apps in India are now being priced in Rupees, apps in Saudi Arabia are being priced in Saudi Riyals, and consumers in the United Arab Emirates, Russia, Indonesia, Israel, Turkey, and South Africa are all seeing purchases listed in local currencies now.