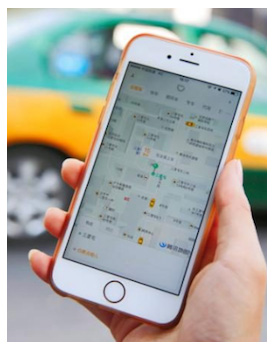 Apple announced yesterday that it has invested $1 billion in Chinese ride-sharing service Didi Chuxing, but CEO Tim Cook refused to elaborate on the reasoning behind the move, beyond saying that it will help the company better understand the Chinese market and “deliver a strong return” on its invested capital over the long term.

Nevertheless, a pair of new reports suggest that Apple’s ambitions behind its investment in the Uber rival could relate to its oft-rumored electric vehicle plans and broader push into the automotive industry.

The Wall Street Journal wrote that Didi Chuxing is “not only an important ally in a key market, but also a rich data source for self-driving vehicles,” which is valuable to Apple amid rumors that it is developing its own electric and possibly autonomous vehicle.

Didi provides Apple with a rich data source for its self-driving vehicle push. It also could provide benefits to Apple’s mobile ecosystem. Ride-sharing apps are closely linked to payment services, such as Apple Pay. They also can be the foundation for other mobile commerce transactions such as deliveries.

The investment sets up with a potential showdown of firms aligned with Uber, which has taken investments from Alphabet Inc.’s venture capital arm and Chinese search giant Baidu. Both Alphabet and Baidu have invested heavily in autonomous driving technology.

The Information reported that ride-sharing services like Didi Chuxing and Uber are highly interested in self-driving vehicles, which would reduce overhead costs by eliminating the need for contracted drivers. In fact, Uber CEO Travis Kalanick was reportedly planning to meet at Apple headquarters this week to “talk about future partnership opportunities,” but the status of that meeting remains unknown.

This deal isn’t about the Didi service today. It establishes a future alliance around tech like self-driving cars, where Apple and Google are going head-to-head. Developing autonomous vehicles is the end game for these ride sharing companies—the move that will help them mint money by cutting out the cost of drivers. Uber has made big investments on that front, as has its partner Baidu. Didi had not. But Apple […] can help.

The so-called Apple Car, allegedly known as Project Titan internally, could launch by 2020. The bulk of research and development may be centered in the Santa Clara Valley area, near Apple’s existing Cupertino headquarters, led by a team that includes former Tesla, Ford, and GM employees and other automotive experts. The vehicle is expected to compete with the likes of Tesla and Google.