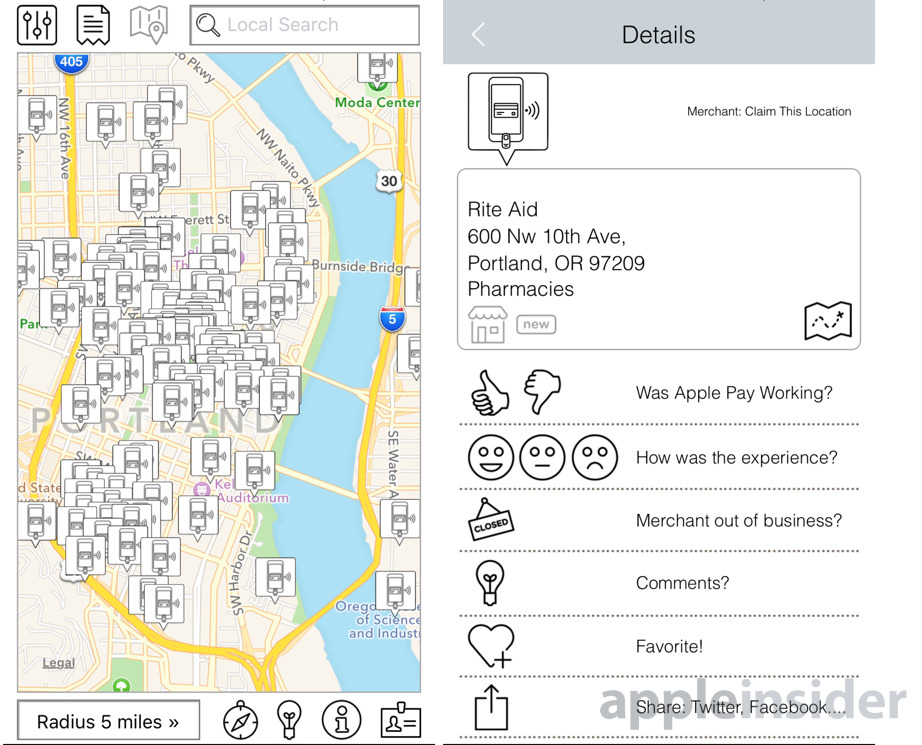 A new app designed to crowdsource an interactive map of businesses that accept Apple Pay just reported adding 12,673 new merchants in North America, 95 percent of them being small businesses. In parallel, its developer reported that the new app’s users have increased an incredible 750 percent over the past two days, indicating a lot of interest in Apple Pay.
AppleInsider – Frontpage News