final week, we highlighted the unique construction barrier art in place at Apple’s approaching Passeig de Gràcia retail retailer in Barcelona, Spain. The art, which consisted of tile mosaics using pictures of Apple iOS app icons and honoring the style of Catalan architect Antoni Gaudí, surrounded the store right through the final phases of development best up to grand opening scheduled for this Saturday, July 28.

With the grand opening simply two days away and Apple making preparations to open the store for the media and then the public, the construction obstacles have come down and Cult of Mac has been in a position to shoot some photographs in the course of the windows of the brand new retailer. 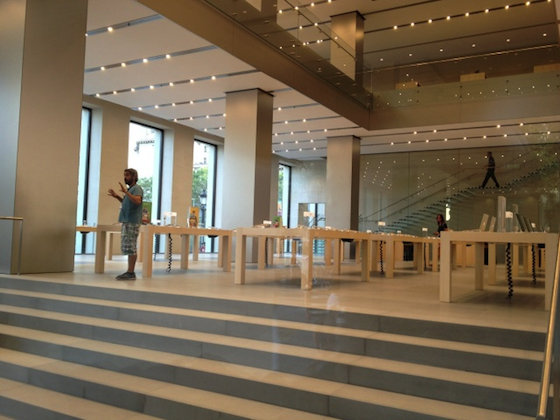 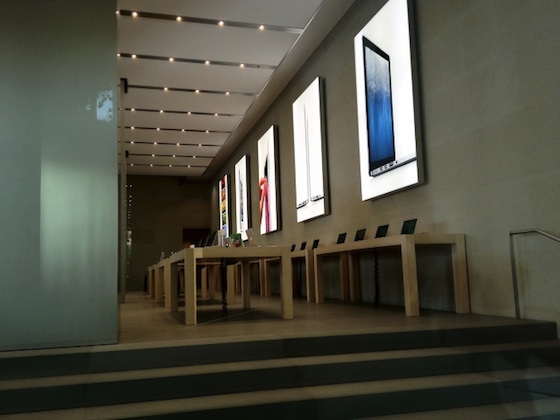 despite the Gaudí-influenced signage selling the shop’s opening, Apple appears to have maintained its common style for the store itself, using its standard stone, wooden, and steel finishes to create a easy, open feel within the store. With three ranges, the big retailer deals a full vary of Apple merchandise on show, in addition to a big Genius Bar and a theater.

On the bottom floor of the Barcelona Apple store, about half of the available ground space is taken up with iPhone and iPad shows, unfold throughout twelve tables in three rows. the other 1/2 of the floor is taken up through various fashions of MacBooks, with best a single table dedicated to iMacs.

larger up, the glass staircase leads to the Genius Bar, in addition to an in-house theater.

in the basement is where Mac and iOS accessories are saved, which Apple retail employees are actually arduous at work filling the shelves. 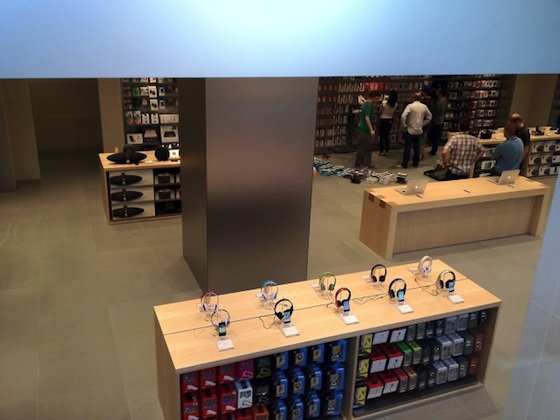 Apple’s new Passeig de Gràcia retailer opens to the general public at 10:00 AM on Saturday.