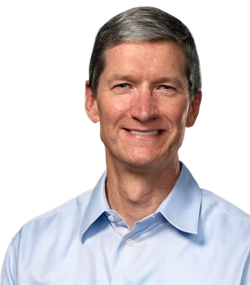 In an email sent to employees today, Apple CEO Tim Cook reflected on the company’s accomplishments throughout the past year, discussing a wide variety of subjects including product releases, humanitarian efforts, and corporate initiatives. Cook also made statements looking toward the next year, stating that Apple has “big plans“ for 2014. The full email has been posted by 9to5Mac.

This holiday season, tens of millions of people around the world, from all walks of life, are experiencing Apple products for the first time. Those moments of surprise and delight are magical, and they’re all made possible by your hard work. As many of us prepare to celebrate the holidays with our loved ones, I’d like to take a moment to reflect on what we’ve achieved together over the past year.

First and foremost, we introduced industry-leading products in each of our major categories in 2013, showing the breadth and depth of innovation at Apple. We extended our lead in the smartphone market with iPhone 5s; launched iOS 7, an extraordinarily ambitious project; released OS X Mavericks for free to our customers; introduced the iPad Air and the iPad mini with Retina display; and this week began shipping the Mac Pro from a manufacturing facility in Austin, Texas. We also marked our 50 billionth download on the App Store – a milestone no one could have predicted we would reach so quickly.

Together we’ve shown the world that innovation at Apple goes beyond our products to the way we do business and how we give back to our community. This year, Apple raised and donated tens of millions of dollars for important charities and relief efforts like Red Cross aid to typhoon victims in the Philippines, and we continue to be the largest contributor to (PRODUCT)RED, supporting the Global Fund in its fight against the spread of AIDS in Africa. Just a few weeks ago, Jony Ive led an unprecedented effort that brought money and awareness to eliminating the transmission of AIDS from mother to child.

And finally, Apple is standing up for what we believe is right. We know that equality and diversity make our company and our society stronger, so we’ve urged the U.S. Congress to support workplace protections against discrimination based on sexual orientation and gender identity. We are also laser focused on our contribution to several environmental initiatives and we will increase our efforts even more in this area in the future.

We have a lot to look forward to in 2014, including some big plans that we think customers are going to love. I am extremely proud to stand alongside you as we put innovation to work serving humankind’s deepest values and highest aspirations. I consider myself the luckiest person in the world for the opportunity to work at this amazing company with all of you.

Apple is said to be working on a variety of new products for 2014, including both updates to existing products and new product categories. Most notably, the company is rumored to release an iPhone 6 with a larger display that is curved and a 12.9-inch iPad with an ultra high definition screen. Also rumored is an “iWatch” smart watch containing biometrics and iOS device integration, as well the release of a ultra-high definition television set. In terms of software, Apple is also expected to launch OS X 10.10 and iOS 8 in the fall, with updates to programs such as Aperture also possible.