Ahead of the Fourth of July holiday in the United States, ride hailing app Uber today announced a suite of safety improvements for its driver app, aimed at “predicting, preventing and reducing the number of crashes on the road.” The update comes in partnership with Mothers Against Drunk Driving and the Governor’s Highway Safety Association, and focuses on parsing out more information to the company’s drivers to ensure the safety of its customers.

As part of the update, Uber will send out daily reports to drivers with detailed statistics showing their driving patterns, as well as comparisons to other drivers in the city, “with suggestions on how to provide a smoother, safer ride.” According to a more detailed report in the company’s engineering blog, multiple readings taken from GPS and accelerometer data in the smartphone will fuel these statistics, and also provide a new “speed display” in the driver app to alert them of potentially passing the speed limit. 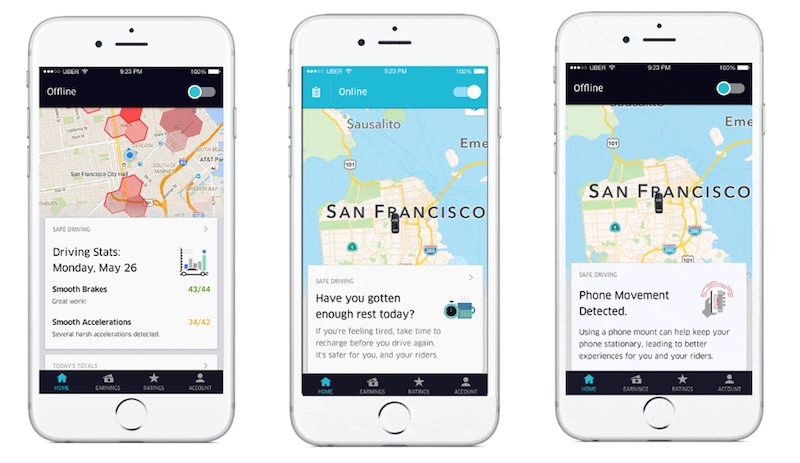 Other basic features include reminders to take a break and safety messages to inform drivers about regulations from Uber, like mounting their smartphone to the dashboard instead of holding it in their hands while driving. The safety-focused update will begin as a rollout in 11 United States cities (the company left which cities unspecified) in the next couple of weeks, with more planned to be added after that.

In addition to the new features of its driver-focused Partner App, in today’s blog post the company remarked on the overall positive impact that Uber has had on drunk driving accidents, specifically focusing on the city of Atlanta. Using a chart made available by the Atlanta Police Department, which shows every DUI made in the city from 2010-2016, a noticeable down tick in drunk driving arrests can be seen: dropping from 2,243 to 1,535, or a 32 percent decline, in that time period. 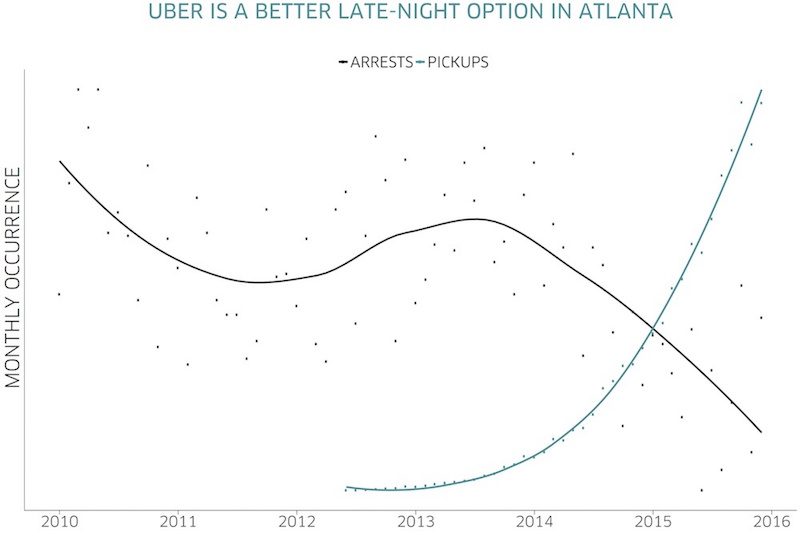 Uber used the dataset to correlate that dive in DUI arrests to the implementation of the ride hailing service in Atlanta in 2012, along with a surge in use a few years later in 2015. As the company itself points out, however, “many factors” could be affecting drunk driving trends in Atlanta, so it’s difficult to directly attribute the two statistics to one another.

Still, the company mentioned that “it’s heartening to see that these incidents are declining over time.” It also cited its own survey data, released today, wherein 90 percent of riders said Uber helped generally reduce drinking and driving, and 80 percent said it helped personally on the same issue. No specific ranking was given, but according to Uber the same survey revealed that the app is “riders’ top choice for trips” when inebriated, coming on top of public transportation, taxis, and other ride hailing apps.