With the introduction of the iPhone 7, Apple did away with the classic click-mechanism home button in favor of a “solid-state” pressure sensitive one that uses haptic feedback to mimic traditional button presses.

The programming that controls the Taptic Engine-powered feedback is deeply integrated into iOS 10, so much so that it appears Apple’s latest iPhone is able to automatically offer a temporary workaround when its diagnostic software senses that the technology is playing up. 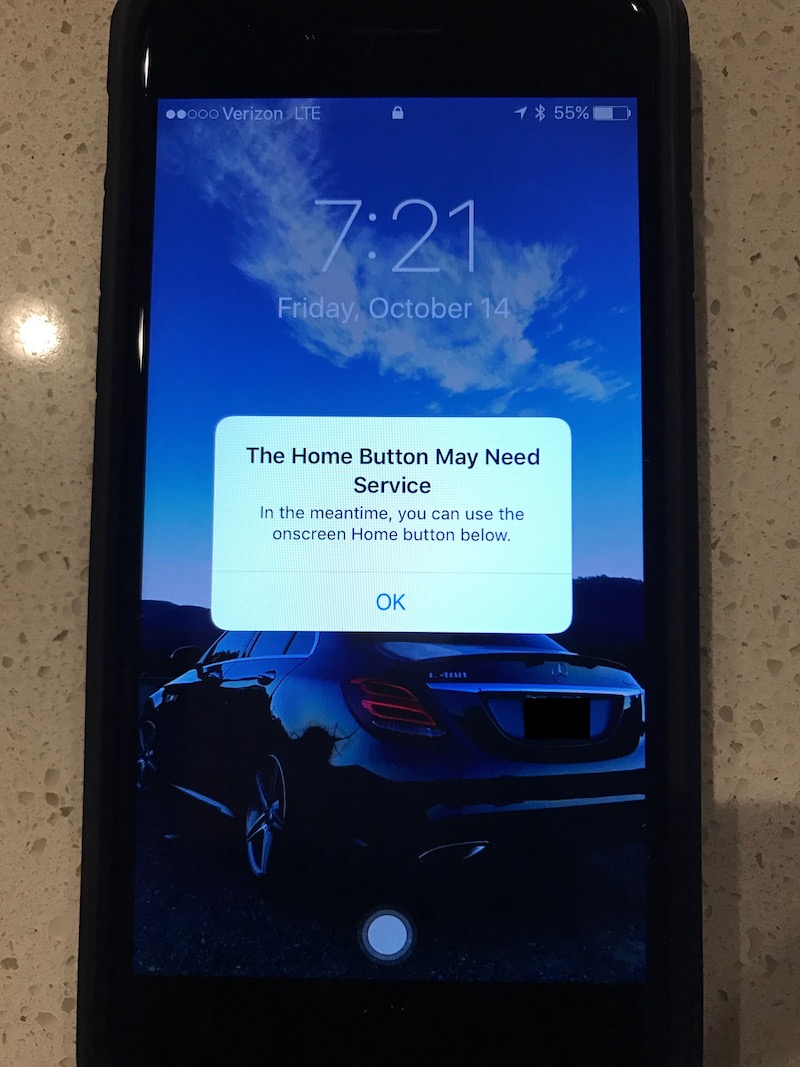 MacRumors forum member ‘iwayne’ shared the above picture of his iPhone 7 display after the device unexpectedly turned itself off while charging and the haptic feedback began malfunctioning after a restart. A dialog prompt warns that the home button is in need of repair, but presents an alternative onscreen home button for temporary use until the phone has been turned in to Apple for servicing.

MacRumors has previously noted that the Taptic Engine can become unresponsive if the OS freezes, which forced Apple to change the reset process for the iPhone 7 series. Apple has also apparently safeguarded against instances when the button’s haptic sensor system breaks completely, but whether or not its failure rate is any better than a physical button remains to be seen.

Rumors suggest Apple will ditch the iconic home button entirely for next year’s “iPhone 8” in favor of one built directly into an edge-to-edge display, but it’s unclear if Apple intends to implement the same button-based recovery methods for instances in which devices freeze or stop responding completely.