Apple’s blitz of retail store openings continues this week, with ifoAppleStore reporting that the company is set to open three new stores in three different countries this Saturday. The openings come after Apple opened five new stores this past weekend as part of a push to open over 30 new stores between July and September.

The stores opening this week include a new location in Berkeley, California, as well as locations in Leganés, Spain near Madrid and Basingstoke, United Kingdom. 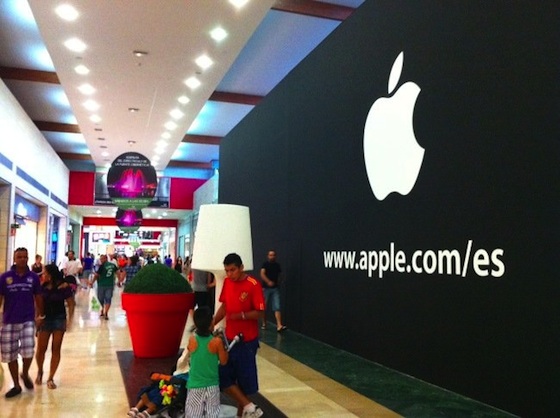 Apple’s Parquesur retail store under construction in Leganés, Spain (Source: Applesfera)
– 4th Street (Berkeley, California): The latest of more than a dozen stores in the San Francisco Bay Area, the new Berkeley store is just three miles from Apple’s Bay Street store in nearby Emeryville and is about 2.5 miles from the University of California, Berkeley.

– Parquesur (Leganés, Spain): Located in a large suburb southwest of Madrid, the store will be Apple’s second in the Madrid area and third in Spain. The store is actually closer to central Madrid than the existing Xanadu store.